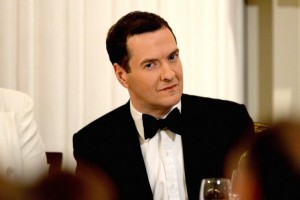 As long as I have been in pensions the future of the tax-free lump sum has cropped up time and time again. Every year the question of abolition is posed and people look for clues for whether this is the year it will happen.

Surprise, surprise, rumours were back again in 2016, with reports that the chancellor would scrap the 25% tax-free lump sum as part of a wider range of changes to tax relief on pension contributions, potentially saving the Treasury £4 billion.

Unsurprisingly, the rumours have apparently not led to any changes, as the Treasury told journalists last week that plans to overhaul pension tax relief would not go ahead in the Budget.

In my view the biggest danger to tax-free cash comes from the benefits enjoyed by higher-rate taxpayers.   The idea of getting higher rate tax relief going in and only paying basic rate tax coming out (this is certainly true for most higher-rate taxpayers) makes pension savings hugely attractive for higher earners, and in turn this appears to be politically unacceptable these days.

As a result of innumerable tweaks to income tax bands and allowances, there are more higher-rate taxpayers than ever benefitting from pensions tax relief. One option for the Chancellor would be to introduce the same flat rate of income tax relief on pension contributions for all.

How it would be possible to restrict higher rate tax relief on pensions when it is possible to sacrifice salary in exchange for a pension contribution?  However, this method of contributing has also been the subject of rumours that its end is nigh.  One proposal on the cards is to introduce a savings vehicle that has no tax relief on the way in, but is tax free on the way out.  Enter the ‘Pension ISA’…..

I really cannot see that any Chancellor would blatantly remove the tax-free cash benefit from pensions, but with a Pension ISA they would not need to because all the proceeds would be tax free at retirement. Oh good, the introduction of another set of pre and post pension rules.

Whatever the announcements this week, rest assured we will be on top of them and communicating all relevant aspects to our clients as the news drops.

As Featured in New Model Adviser

As Featured in New Model Adviser