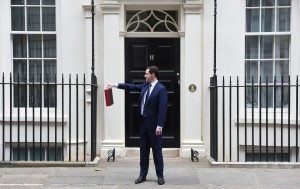 You’ll have read all about sugar tax etc…so here are the pertinent points relating savings, investments, pensions and taxation:

It’s business as usual for pension saving as the Chancellor confirmed there will be no imminent changes to pension tax relief. And the introduction of the new LISA saving vehicle from April 2017 adds another attractive complementary option to the saving landscape for the U40’s.

Taken together with cuts in CGT rates, further boosts in income tax thresholds and some welcome tidying-up of pension anomalies, it’s been a good Budget for savers.

In the run-up to tax year end to consider:

The Chancellor unveiled plans to introduce a new Lifetime ISA (LISA) from April 2017. But this is a complimentary savings scheme for younger savers, not a replacement for traditional pension saving. Higher rate tax payers will continue to enjoy tax relief at 40% on pension savings of up to £40,000 a year, keeping pensions as their number one long term savings plan. Indeed, the under 40’s will be able to use both and add up to £45,000 pa to their retirement funds.

How it works on the way in The new LISA will only be available to the under 40s and will include a 25% Government top up at the end of each tax year. It won’t be possible to pay as much into the LISA as you can into your pension. Contributions will be limited to £4,000 each year which will be topped up to £5,000. And savers will stop receiving their top up once they reach age 50.

LISA contributions will count towards the total ISA savings limit which will increase to £20,000 in 2017/18.

How it works on the way out Funds can be accessed tax free after the age of 60. But to help first time buyers, funds may be withdrawn tax free to cover the cost of a deposit on their first home. And anyone already saving in a help to buy ISA will be able to transfer their existing savings to the new LISA.

Accessing savings before age 60 for other reasons will be allowed but the Government Bonus, and the growth on it, will be lost. There will also a 5% tax charge applied on the amount withdrawn.

As with other ISA schemes, the LISA will form part of the estate for IHT.

Investors who own mutual fund or shares can benefit from a CGT cut from 6 April 2016. The new rates are:

Trustees and legal personal representatives also win, as their tax rate on trust and estate gains falls to 20%.

However, landlords or second property owners will continue to pay 18% or 28% on any gains when they come to sell.

Together with the new dividend and savings allowances available from April 2016, advice will be key to ensuring that you have your savings in the right place to produce a tax efficient income when you need it.

Class 2 National Insurance From April 2018, self-employed individuals will no longer have to pay Class 2 NICs, currently £2.80 per week.

They will still have to pay Class 4 NICs, which will be reformed to allow them to build up an entitlement to State Pension and other contributory benefits.